Mångfaldsakademien is working for increased diversity and to create a more inclusive work environment.

Mångfaldsakademien helps companies to become more efficient and competitive through increased diversity and a more inclusive workplace. A positive side effect is that this also helps in creating a more sustainable and integrated society. Mångfaldsakademien is working to break norms and to get individuals, companies and organizations to dare and want to think and do differently. Our products and methods are developed so they are easy to understand and straightforward to apply. With a small effort to get started, you will immediately be able to see the impact and benefits of the work.

Diversity and inclusion have a positive effect on earnings of a company. It also increases the human wellbeing as well as helps to develop a sustainable society over time. It is however a difficult area to grasp, to successfully see through its complexity and to correctly evaluate and analyze the influences of the various human factors.

All our products are based on methods and concepts that are already known and recognized in order to help us demystify and simplify this complex and difficult to grasp area of diversity and inclusion. They’re also relatively simple, so many persons will be using them without understanding/realizing that they’re related to diversity and inclusion.

To us Diversity is everything that makes each person unique. That is, diversity goes beyond the discrimination law and integration of people with a foreign background. 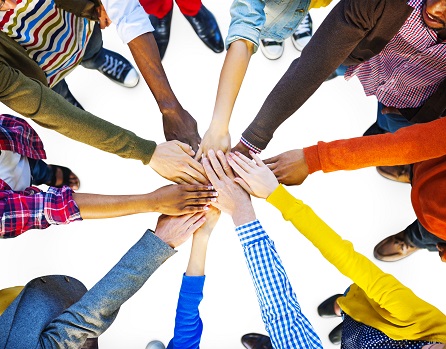 Inclusion is to work with a holistic mindset where each individual is treated with dignity and respectful as well as given the possibility to fully contribute with their own expertise, experience and unique skill set. This makes the team greater than the sum of each individual (1+1>2).

All analysis, statistics and research show that both companies and society are gaining from diversity. There is a growing realization amongst companies that diversity applies not only to the groups defined in the discrimination law, but a change is also required in order to create attractive workplaces, services and products to meet the needs of the new social internet generation as well as the older generations. At the same time it’s difficult to concretely define what’s required and what to do in order to bring about the necessary changes in the company culture and among their staff and employees.

There is also a growing realization in the society that the current development isn’t sustainable and that Sweden is moving towards becoming one of the most segregated societies in Europe. Different initiatives have started, but there must be other smart ways to quickly bring about change. This need has grown stronger over the last year due to the large increase of new arrivals.

To be specific; The somewhat square society of Sweden is constantly creating challenges if you for example would like to find companies that are offering services or products in languages other than Swedish. Which is a paradox considering that about 20% of the Swedish population has a foreign background, i.e. speaks other languages than only Swedish. The same paradox can be found within LGBT and also for groups with different kinds of disabilities. It’s often said that the Swedish society is equal and accessible with a high degree of tolerance. But then why are there then still people who feel that they can’t be open with their sexual preference? And why are there so few people with disabilities on the streets or in shops? This is not by chance.

In light of this, Mångfaldsakademien was founded in 2015 by Sara Skullered.

Do you want to know more